www.kaushalmati.com (K7 News) is founded on a vision, which seeks to be the most creative media organisation of the world. It is the India’s leading global 24-hours news network with it’s headquarter in Brajrajnagar, Odisha, India. Offering comprehensive news coverage, business, lifestyle and feature programming and documentaries to the world wide News network, which include News channel, print media and online web casts.

On the day of August 2016 the koshalmati news paper transferred by entire rights of ownership including liabilities to Mr. SATYENDRA KUMAR MISHRA of Odisha. 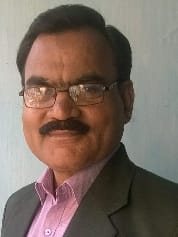 Any grievance/comment relating to contant shall be made by the person aggrieved within a reasonable time not exceeding 30(thirty) days from the date of first publish.Your complaint should include the following:

On any grievance regarding any news item published at the portal,send your grievance/ complaint to: